Black Memory of the White. Tunisia

Black Memory of the White. Unemployment in Rural Tunisia
with a collaboration of Chokri Omri

Most of the economic activities in Tunisia are concentrated along the Mediterranean coast, around three main cities: Tunis, Sousse and Sfax. Since ancient times, access to the sea facilitated frequent contacts and the exchange of ideas and goods, made the coastal areas richer and more developed. This situation provokes huge disproportions in regional development between coastal and rural regions at the centre, south and west of the country. The process of marginalization of already neglected inland regions has become even more profound after the revolution which ended the dictatorship in 2011.
The inhabitants of provincial regions suffer discrimination by the unfair distribution of country wealth, limited access to health services, education, and infrastructure but, what tears the local communities apart the most, is unemployment.

Thousands of young, often well-educated people are left on their own without any decent perspective. After completing their education in bigger cities, those who didn’t find a job, return to their family homes where at least they have accommodation. While living with a family could be a solution when no job can be found but it is also a trap as finding a proper job in a small town or village turns out to be impossible. As there is no allowance paid by the state to unemployed persons, the whole generation is then forced to accept odd jobs in order to survive, having their professional skills wasted and being slowly doomed to social and economic exclusion.

Many studies and analyses show that Islamic radicalization of a young generation in Arab countries, as well as uncontrolled, massive migration to Europe, are closely related to the economic misery, high unemployment rate and lack of opportunities to fulfil their aspirations.

The photos have been taken between December 2016 and January 2017 at the town of Regueb, (11000 inhabitants) and the villages around it. The unemployment rate in Regueb stands according to different sources around 25-30% which is typical for interior regions in Tunisia. The percentage of unemployment rises in the southern regions of the country. The project is focused on men as they are traditionally perceived as those who support the family financially, but unemployment concerns also a large number of women.

The situation of the persons presented in the portraits is typical for many young Tunisians. Their current situation can be multiplied by tens of thousands without stable employment, adding thousands of new graduates leaving their schools every year without perspectives that suit their potential. 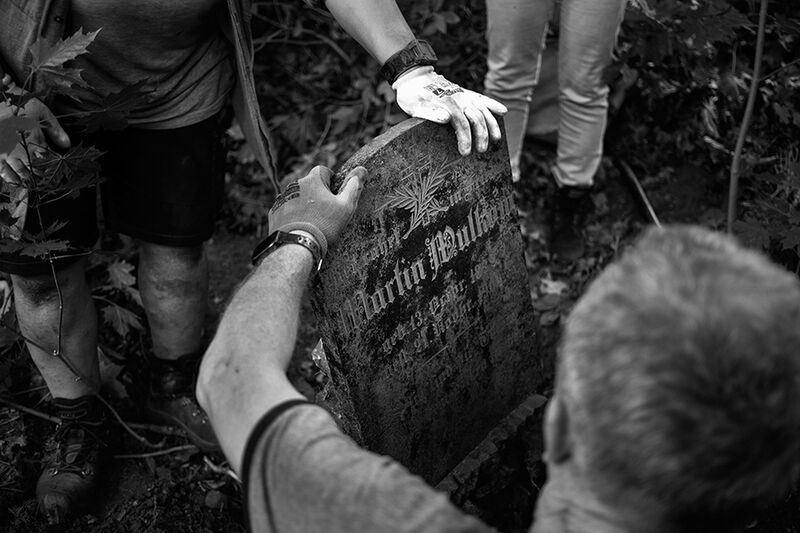